For those that are interested, I have made a case for the CastleLink, I found the PCB wrapped in heat shrink a little chintzy.

The shrink wrap is removed, and the Link module slides in and get locked into place. The only down side, you have to destroy the case to get the module out, but it should never need removing (unless you don't like the color you printed the case in).

For printing, recommend using a raft and supports, and printing it vertically, narrow side down. 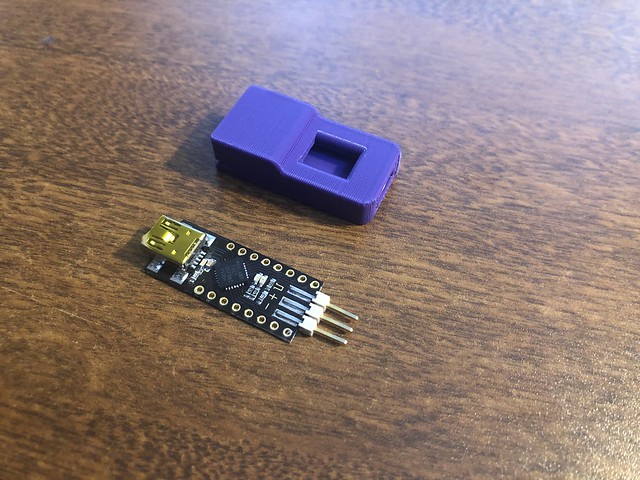 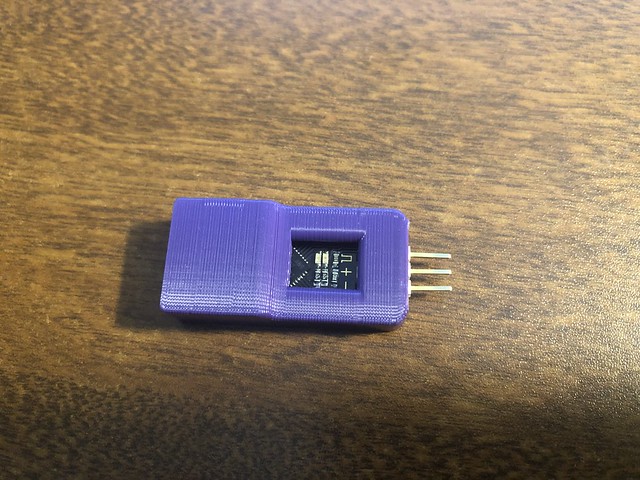 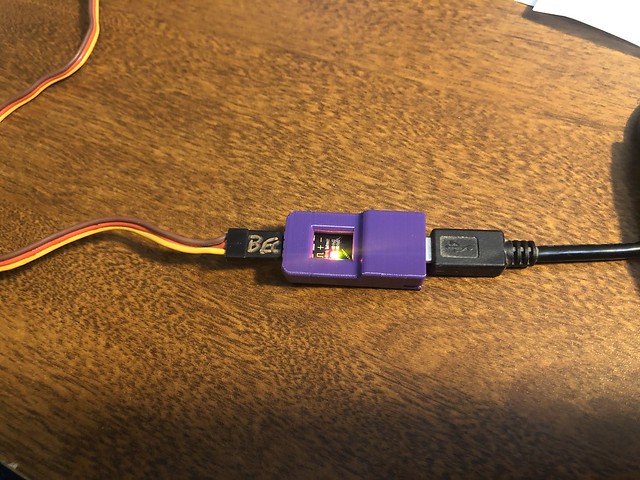 As cool as this is, there's some thing that would REALLY make it better...that being, IF I had a 3D printer.

~ More peace, love, laughter & kindness would make the world a MUCH better place [emoji1690]
A

antigacho said:
Thanks for sharing I just ordered a 3d printer so this will be useful
Click to expand...

I take donations, if you feel like getting rid of any. [emoji1690]

Prices are REALLY dropping on good printers. You can get a CR10 for around $400, or for a smaller print space, you can get a Prusa Mini for around $350 (likely will be my second printer).

I was looking at more expensive printers like the LulzBot Mini, but I was having a hard time justifying forking over $1500 for a toy that will print toys for my toys... At $400 or less, it is the price of a new rig.

Having a printer and the ability to design my own parts (Fusion 360) has really changed the hobby for me. I do a lot of custom work, and have two large drawers of random parts I'd rummage around in if I needed a particualr part. Sometimes I would come close to what I needed, and might have to modify it to make it work. Or, I would build a part out of aluminum, which took hours (nothing worse that spending four hours on a bracket and being 1/16" off). Now, if I want a bracket, or have an idea for a part, or buy a part that isn't compatible with my the rig I want to put it on, I just design the part and print it.

Example...
I bought a SSD bumper set for my Element, the back was fine, but the front is only made for the SCX10ii, and will not work with the Element frame. I made my own bumper mount. 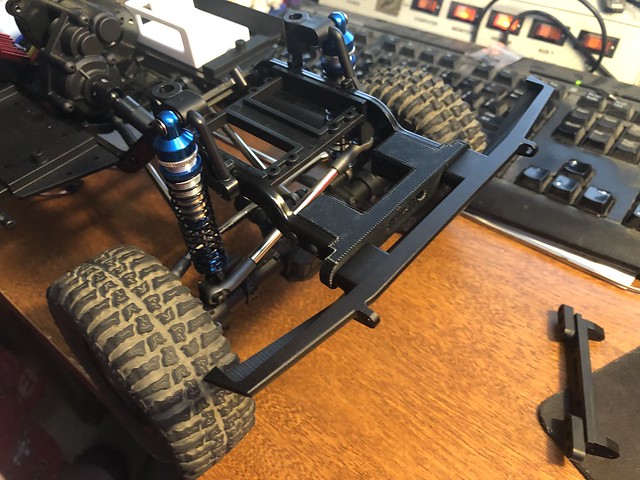