The chassis looks so good!

Oh man this is cool as hell

I saved this one last to catch up on......
Yes
I just absolutely love the chassis.

What a foundation to start with.
Seriously a work of art happening.
Awesome share and thanks. 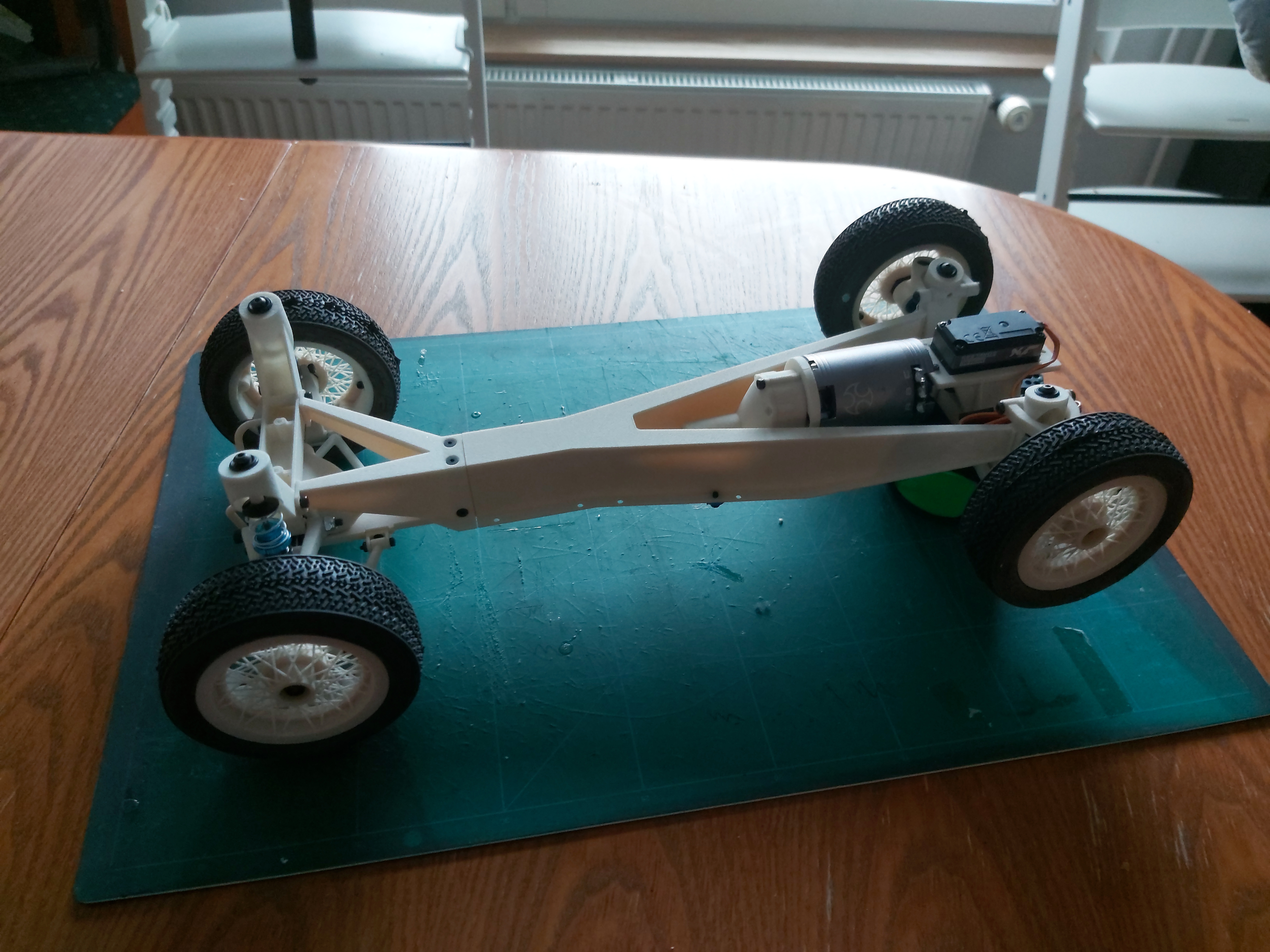 I had forgot one transmission brace that should have been incorporated with the chassis but an extra part works as fine too. 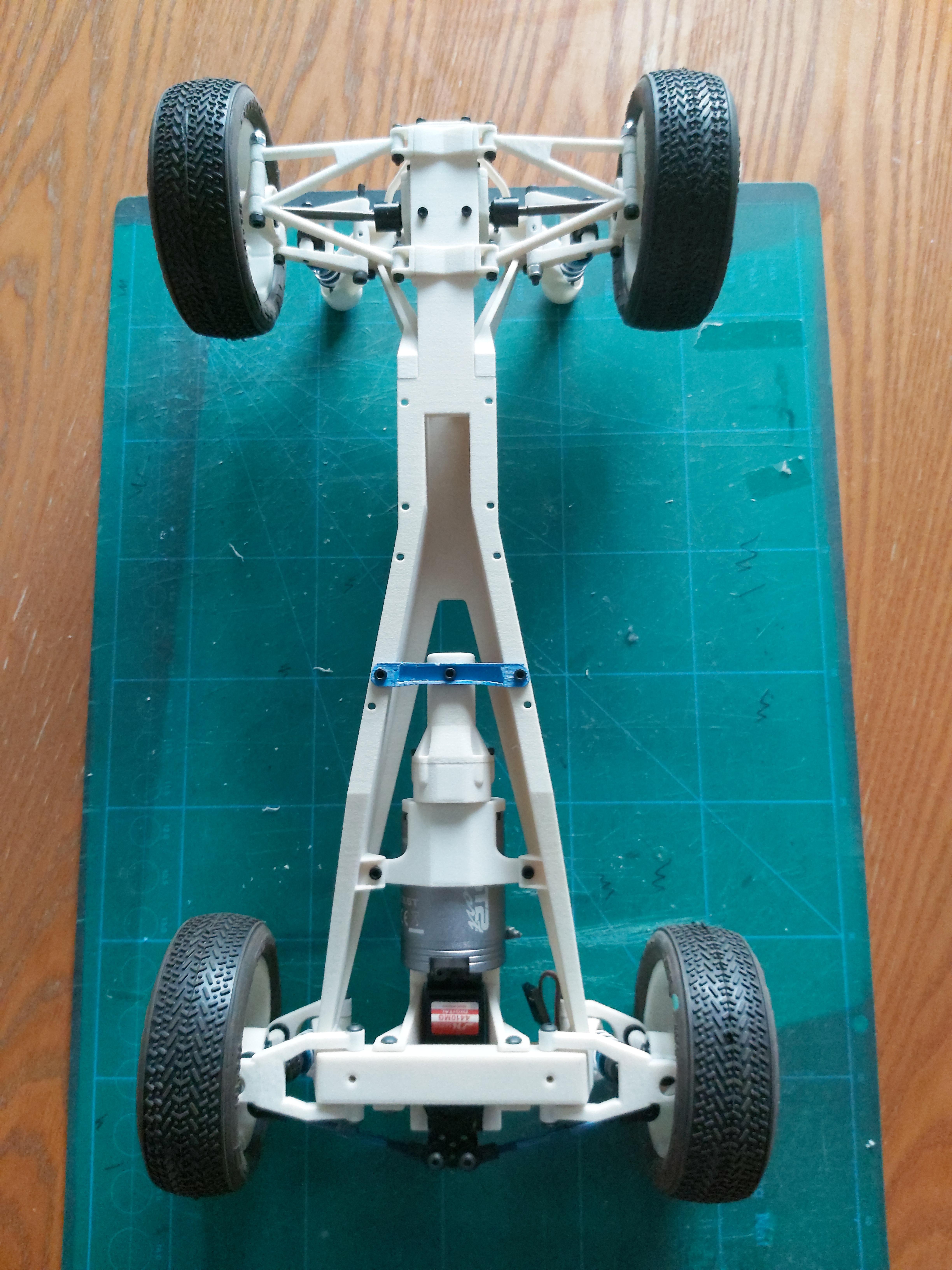 But I have other issues too with the design and parts. First is the bearing holes and their tolerances. I used an extra 0.1mm with every bearing hole and I thought that would be good. Still theres differences with the outcome. Some are fine but some are too loose. I quess the treatment the printing company does to the parts is the cause. They blast the parts with glass beads to remove any excess powder and that migh be harsher for parts that are more "open" in design.

Second is the design of the front a-arms. Front is ok when lifted. 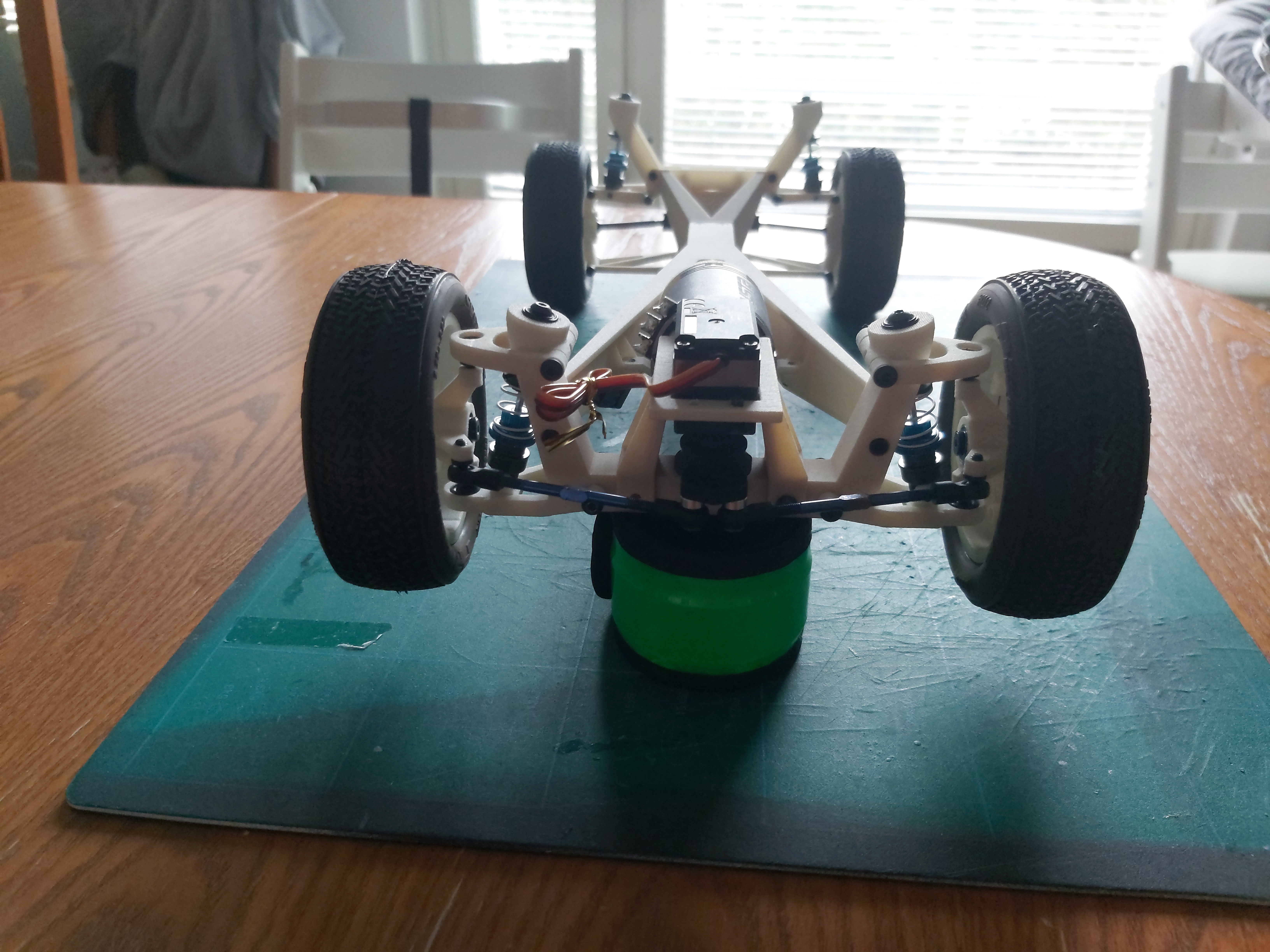 But when it's under it's own weight, arm bushings pops off. They are on the wrong side of the arm. 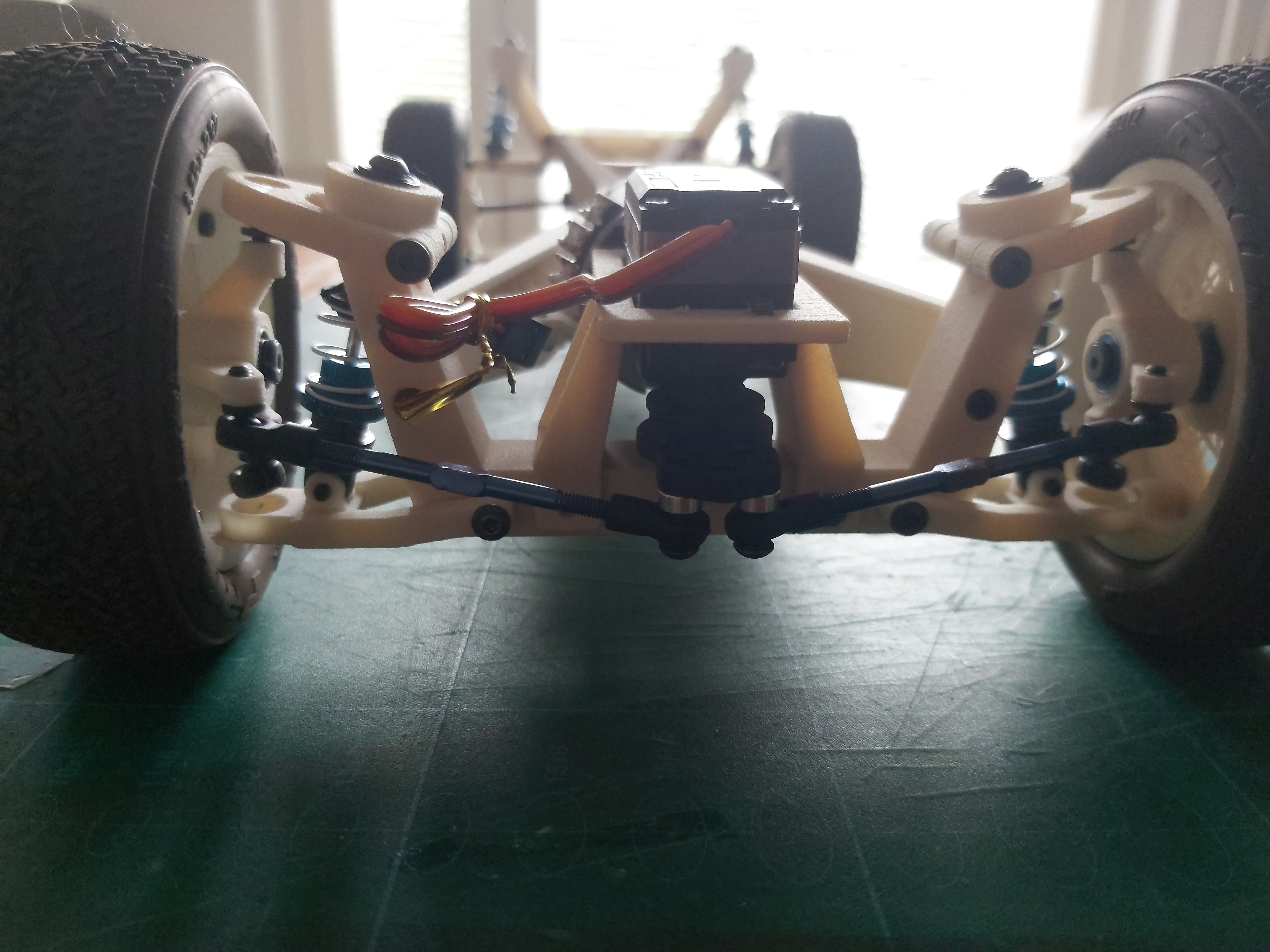 I could glue them on but I don't trust that solution. I'll redesign the arms and I'll use Xrays arm bushings, they are more secure.

Lastly is the rear toe. 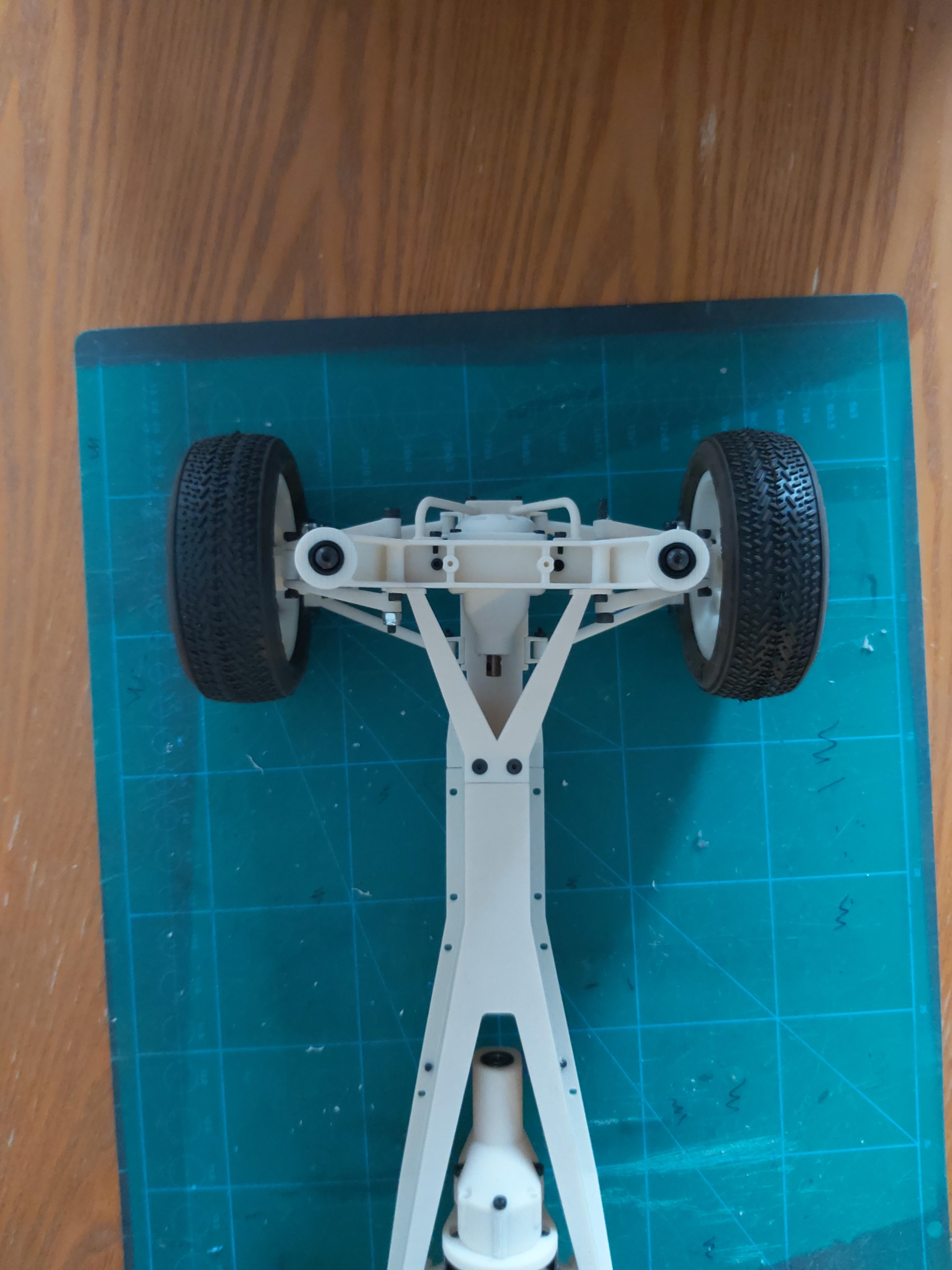 Not so clear in the pic but the left hand side points out. This is because pivot holes in the shock tower and hubs are bit crooked. I had too small pilot holes and the drill bits wandered a bit. I'll order new parts with bigger pilot holes. That should be enough.

But I'm happy that the overall design seems to be working. Chassis isn't even closely as floppy as I had thought. It is quite stiff actually. Also the wire wheels look great and the beadlock design works. I'll make a separate post on them later.

Simply amazing.
Really enjoying watching this come to life.
Luck in your little fixes.
Going to be way worth it in the long run no doubts.

Awesome update, and my eye's are super happy.
stay the path and more please.

One coming up for auction! Maybe you could buy it for reference.

JunkGTZ said:
One coming up for auction! Maybe you could buy it for reference.

That sounds like a solid and a reasonable plan! But I don't think I have enough Doge coins or kidneys. 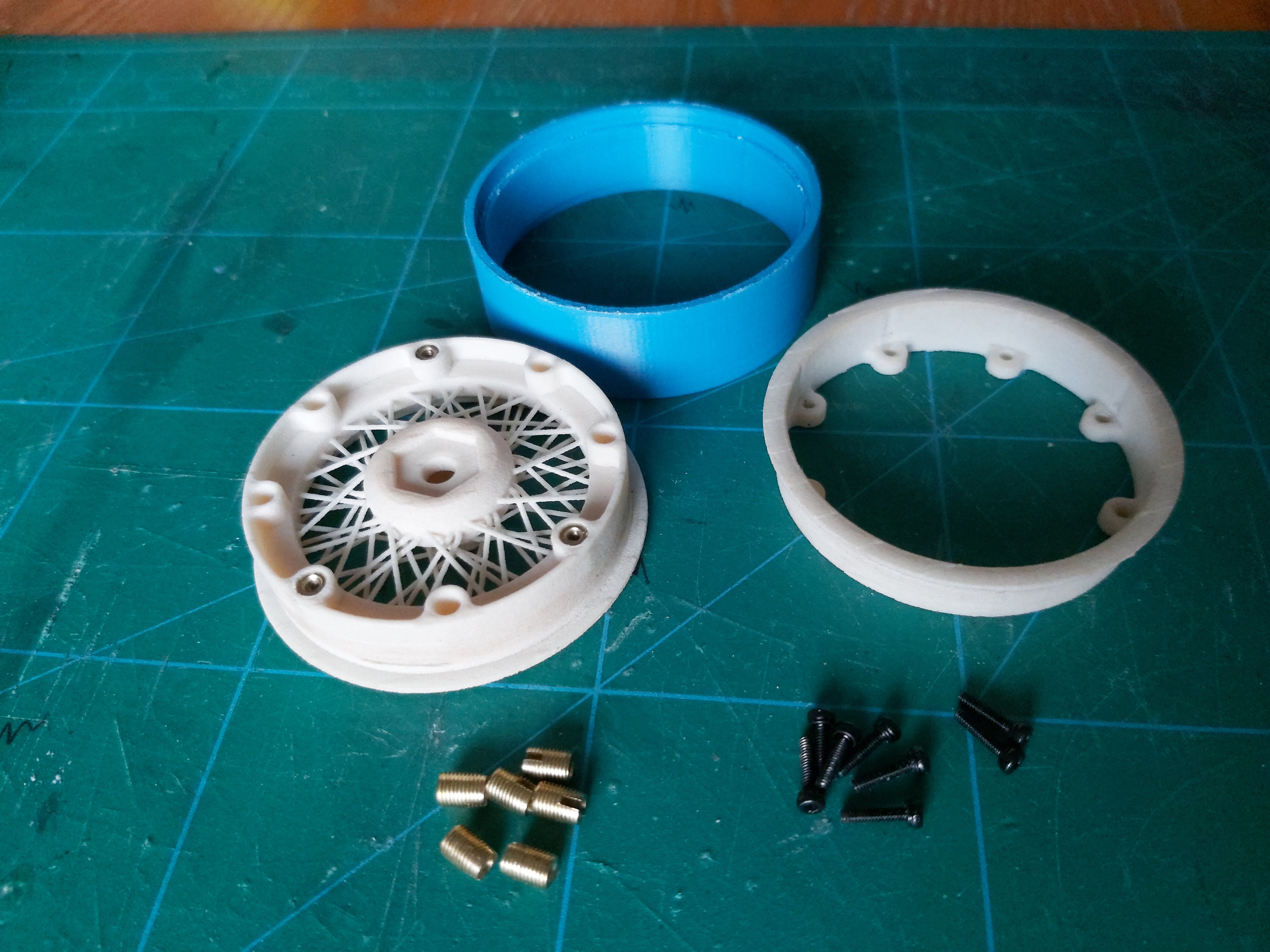 Parts needed for a wheel. 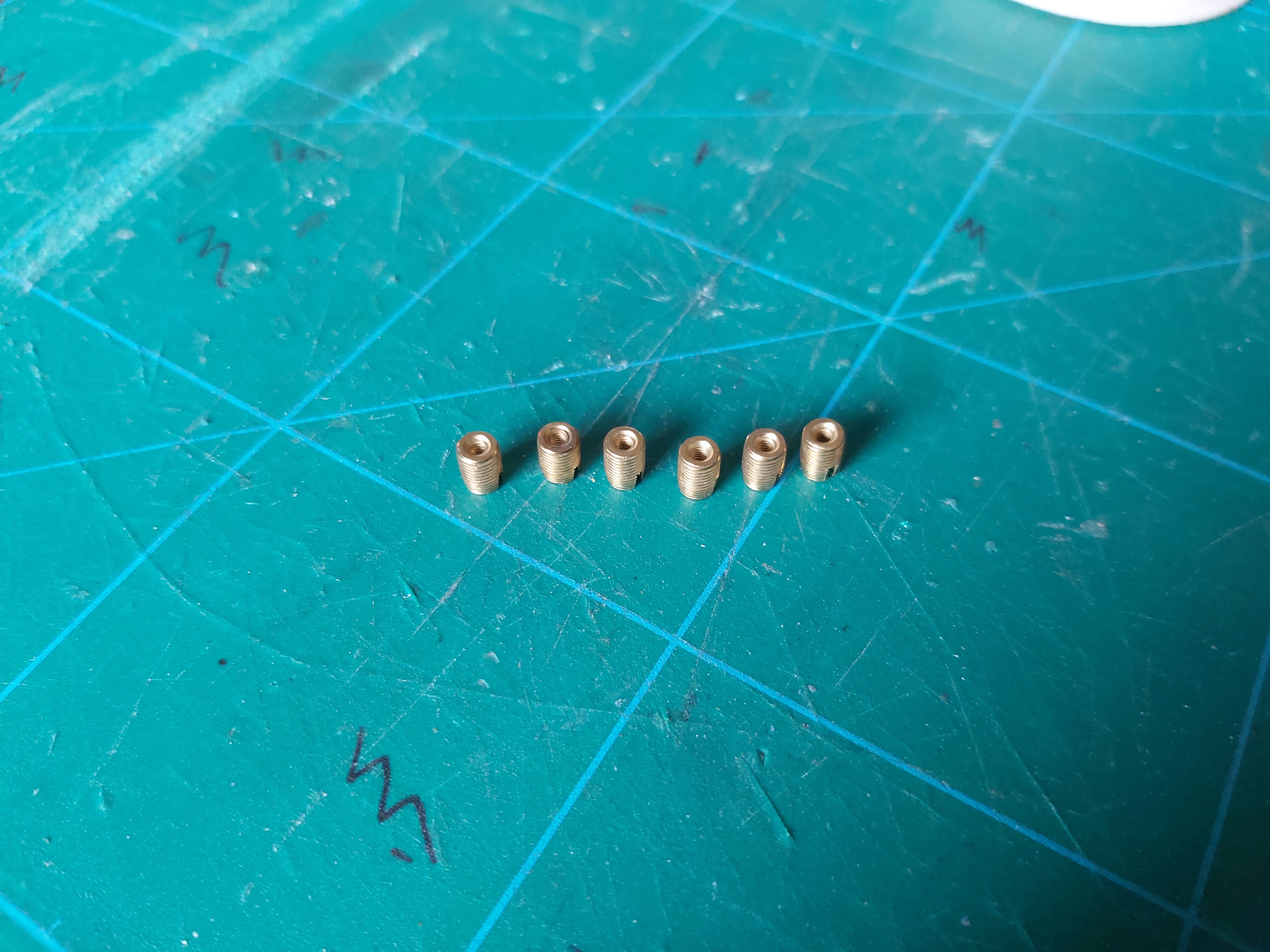 Brass inserts. M2 on the inside and M4.5 on the outside. Ebay and China wonderland is the place to get these. 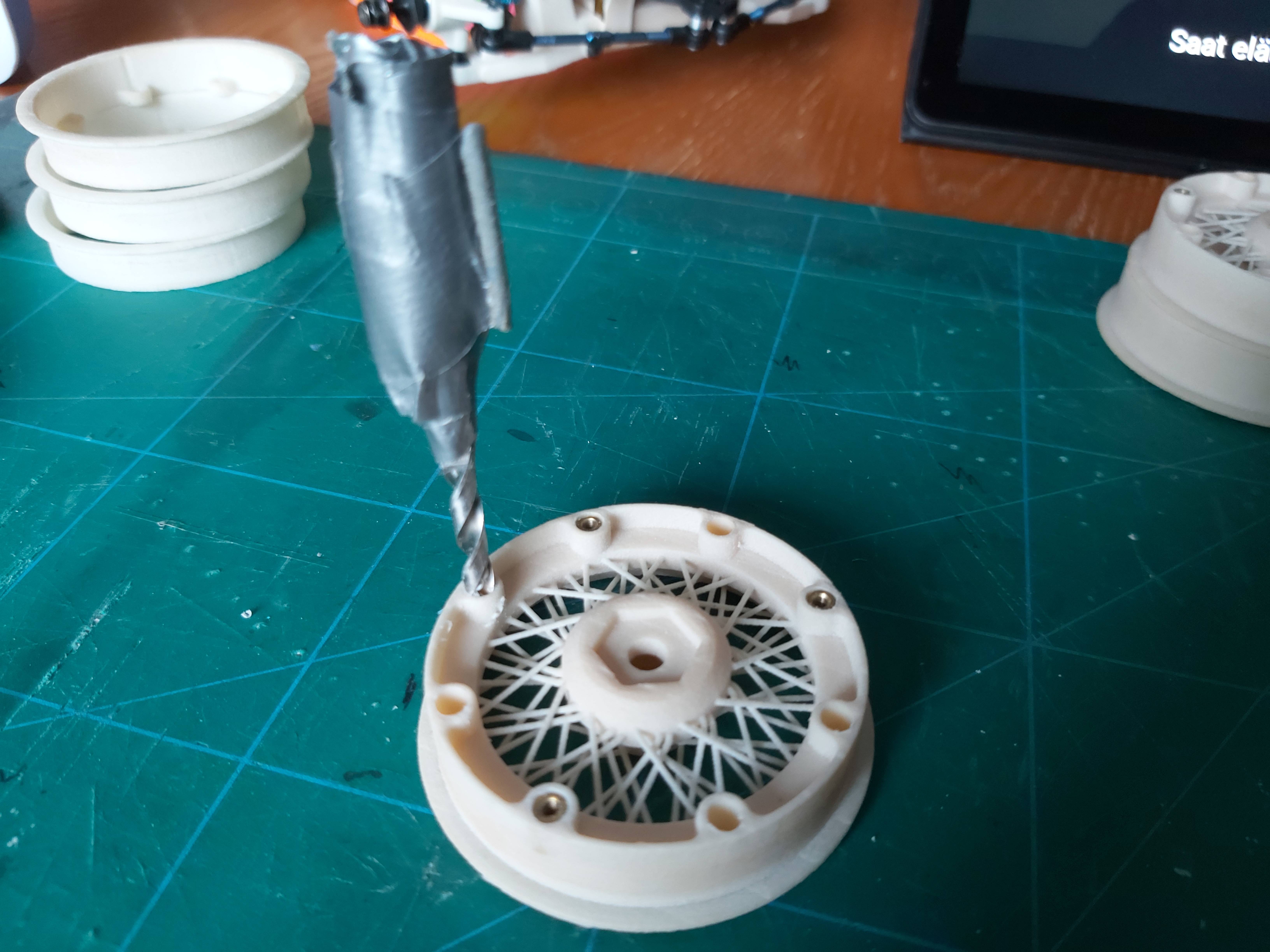 First I drill the holes with a 4.2mm drill bit. 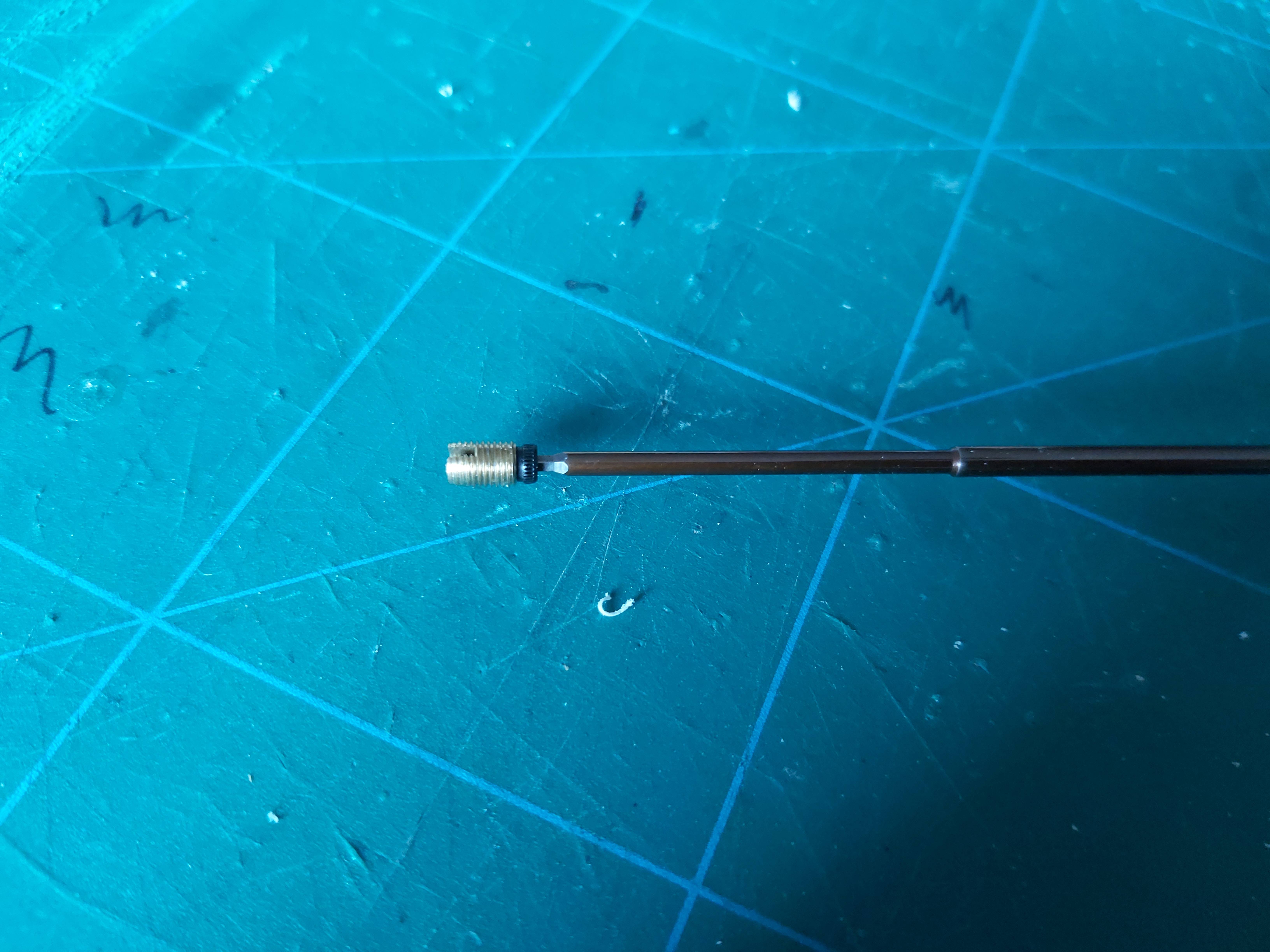 M2x5 bolt is used to screw the inserts in. 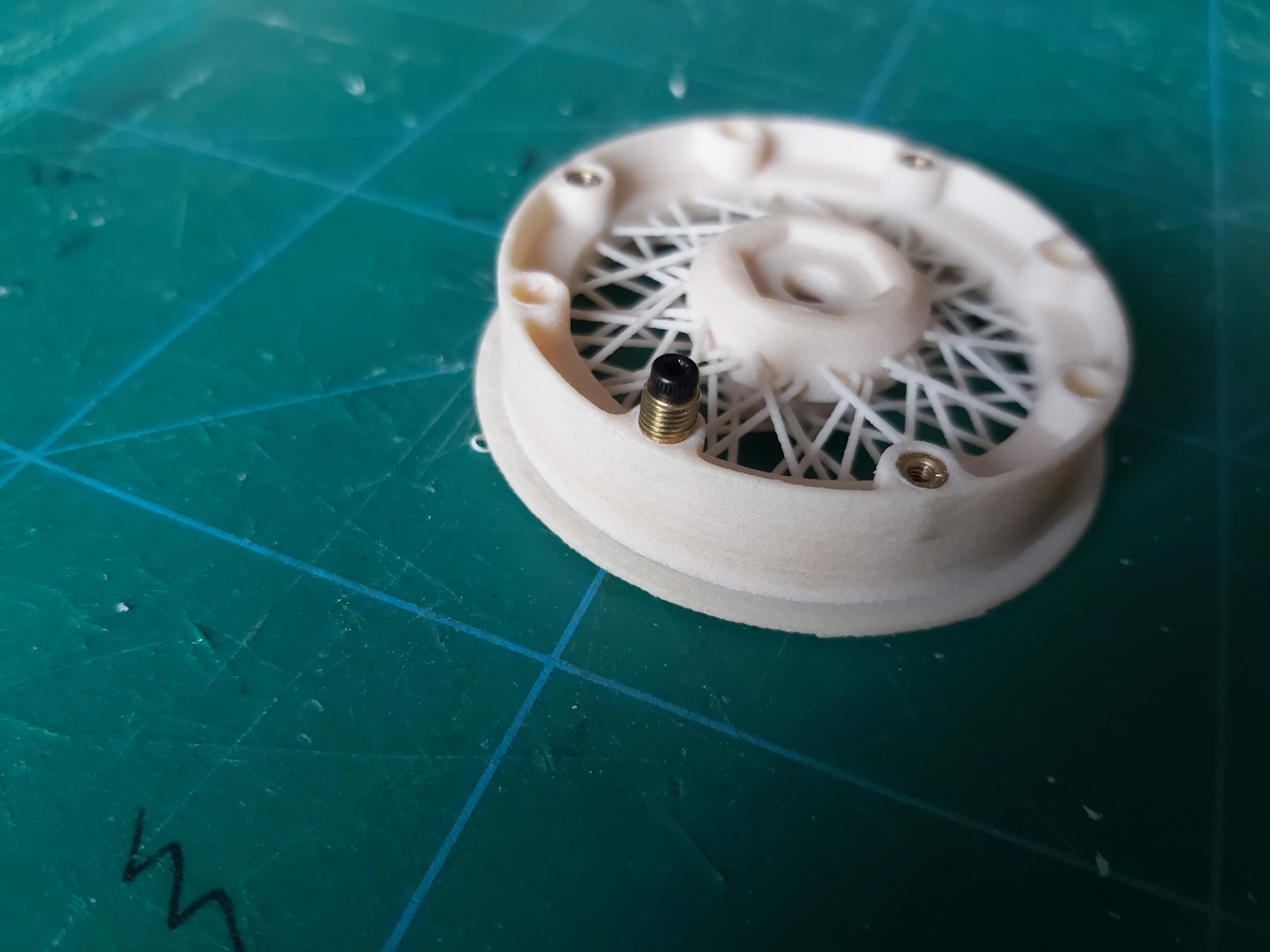 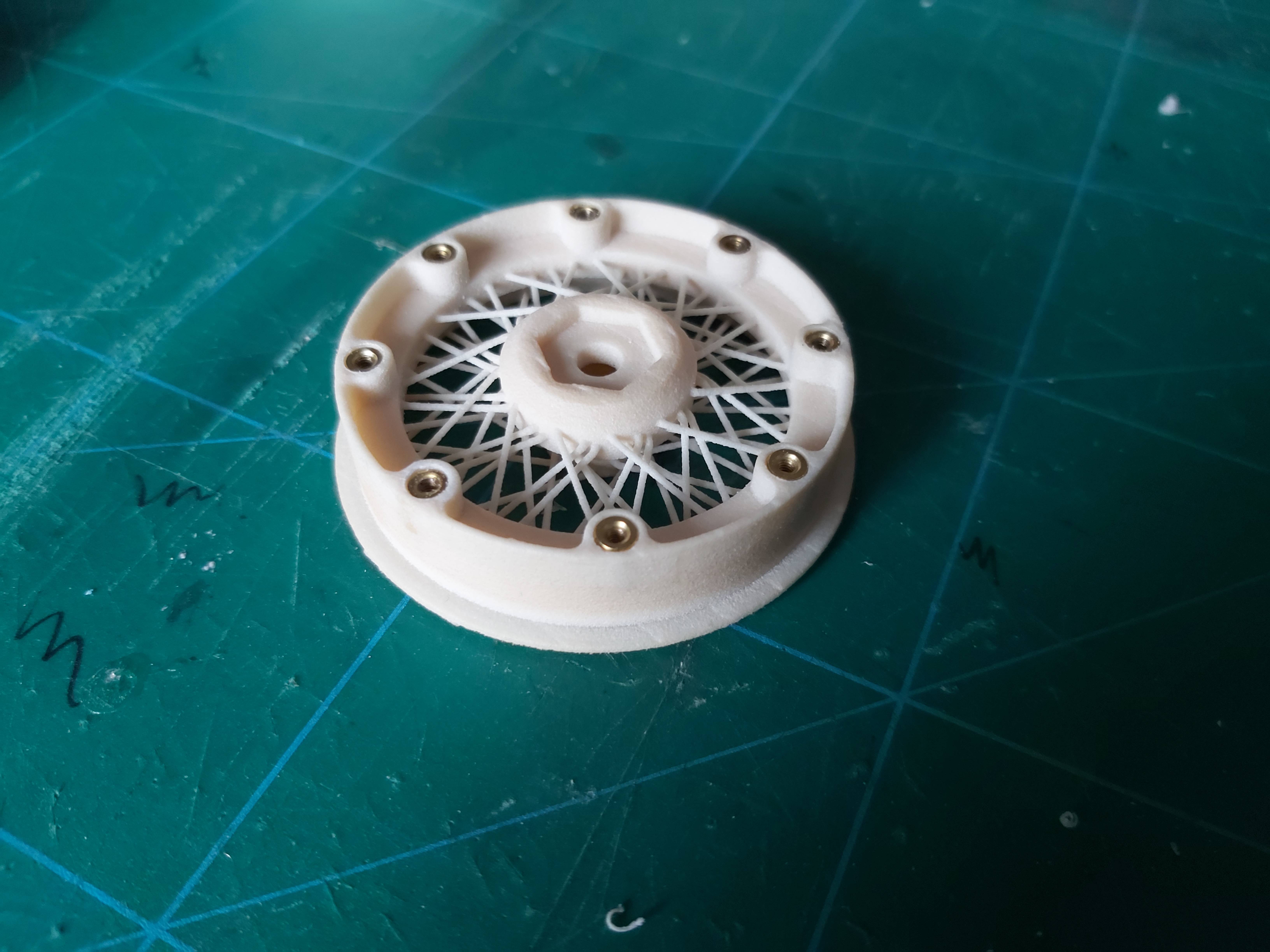 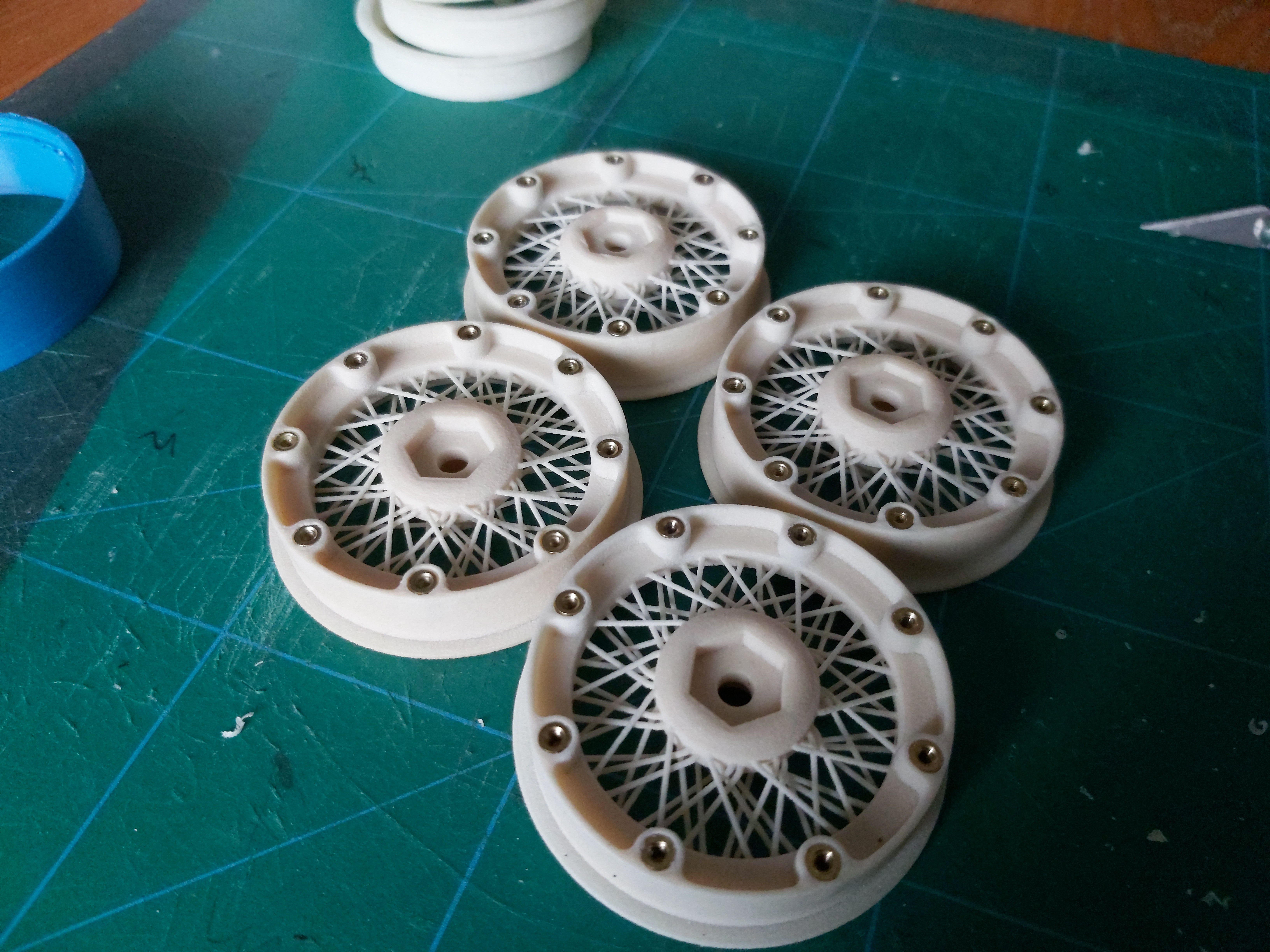 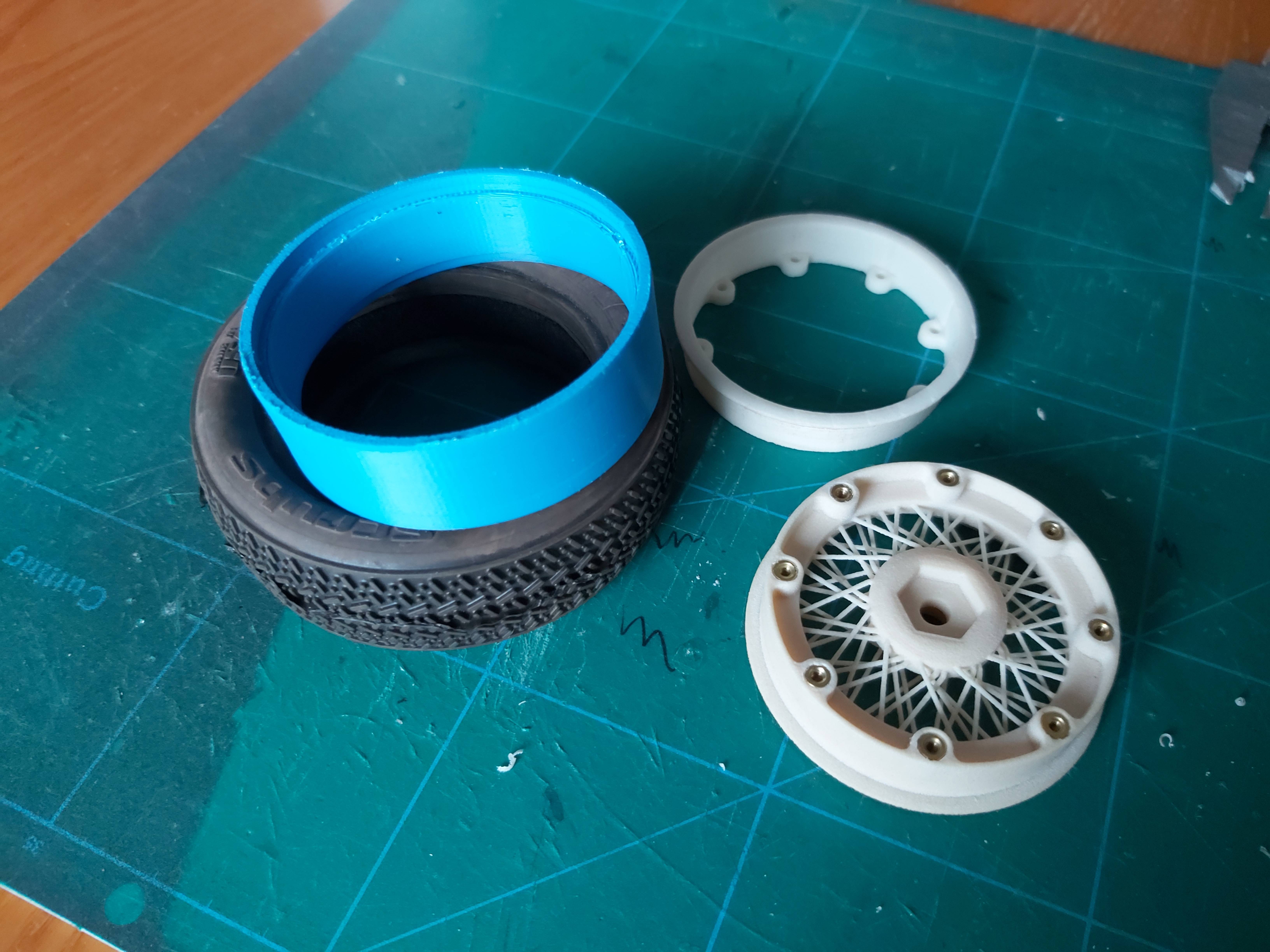 Time to put them together. 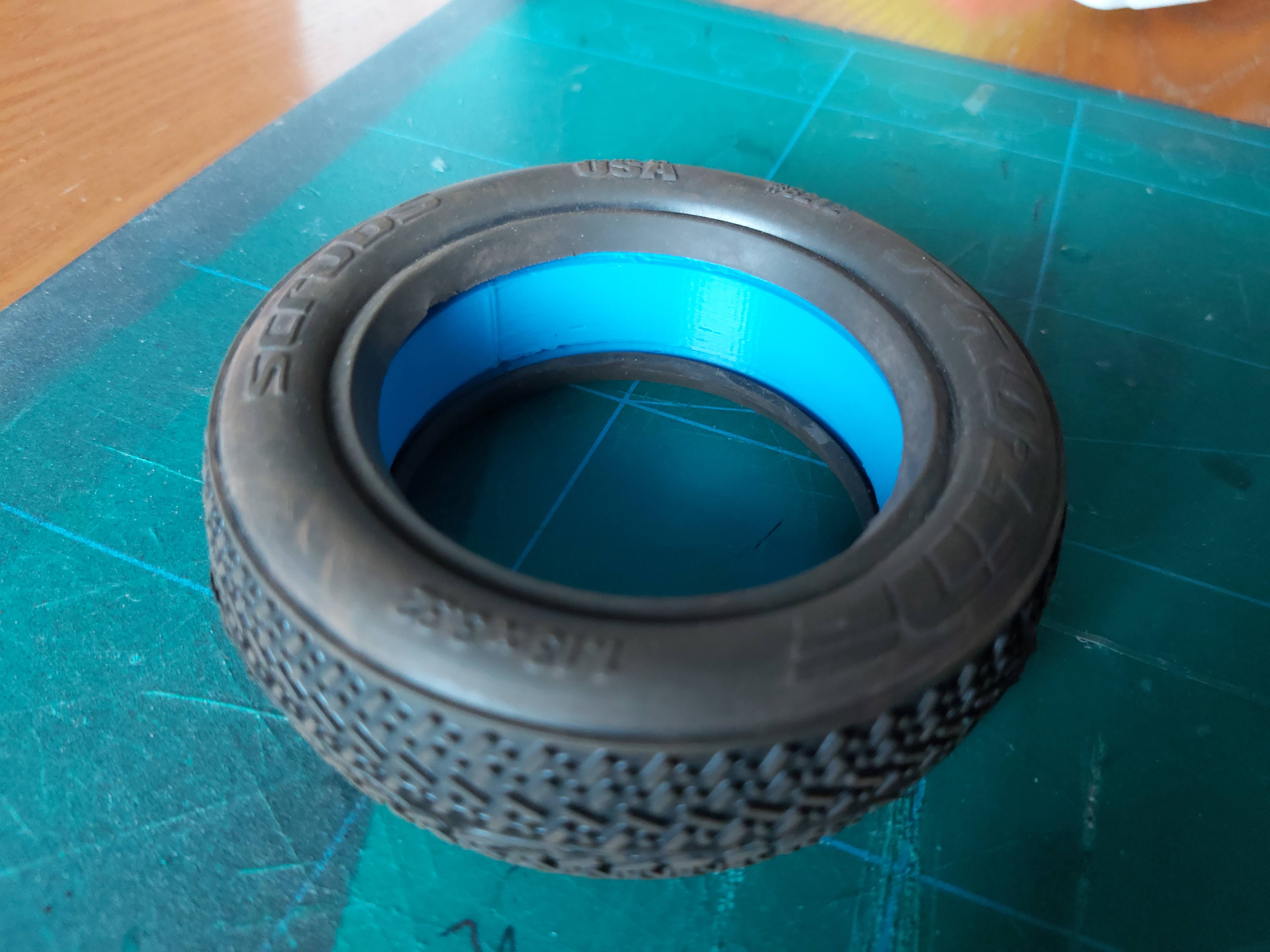 Inner ring is in. 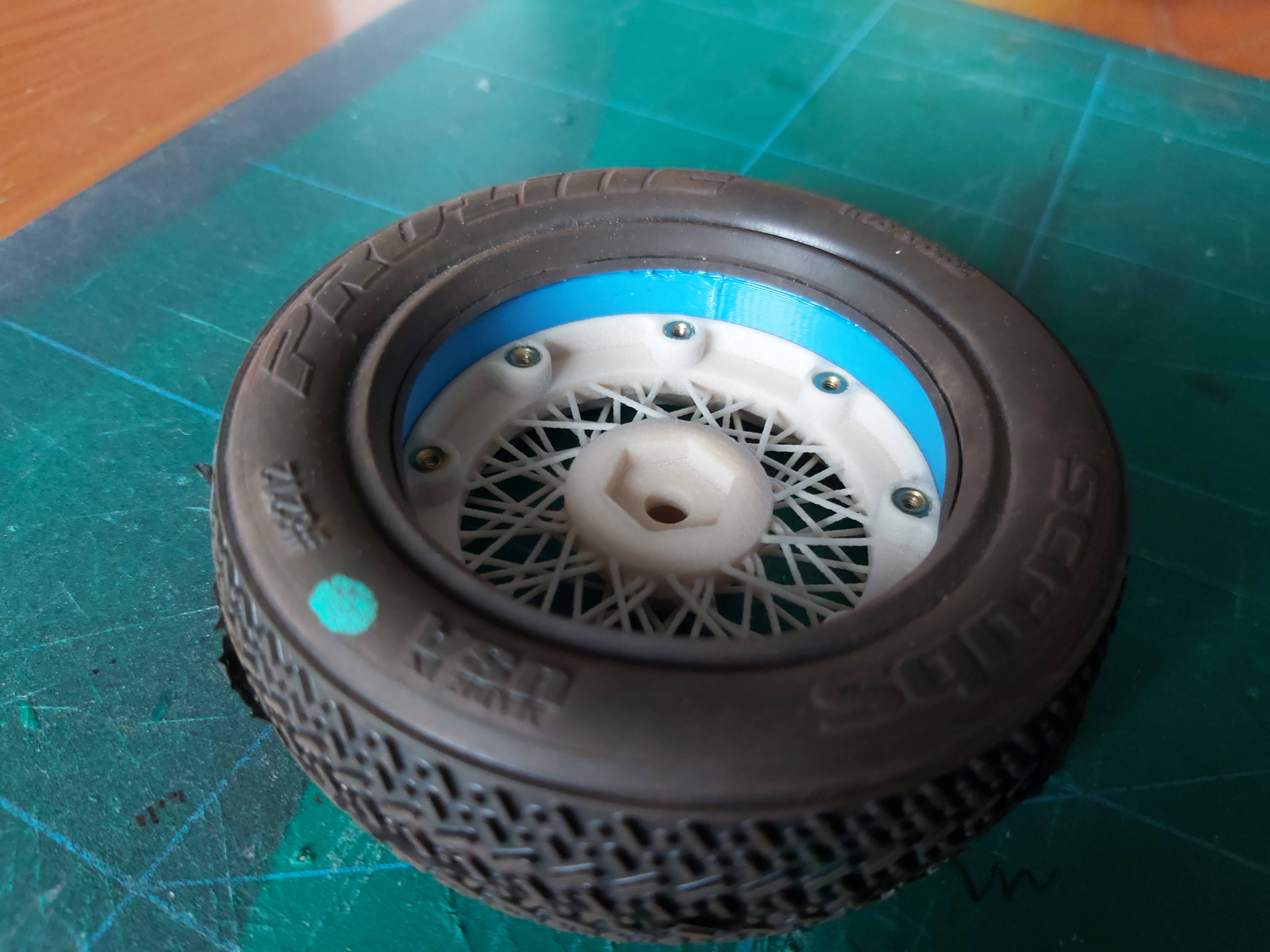 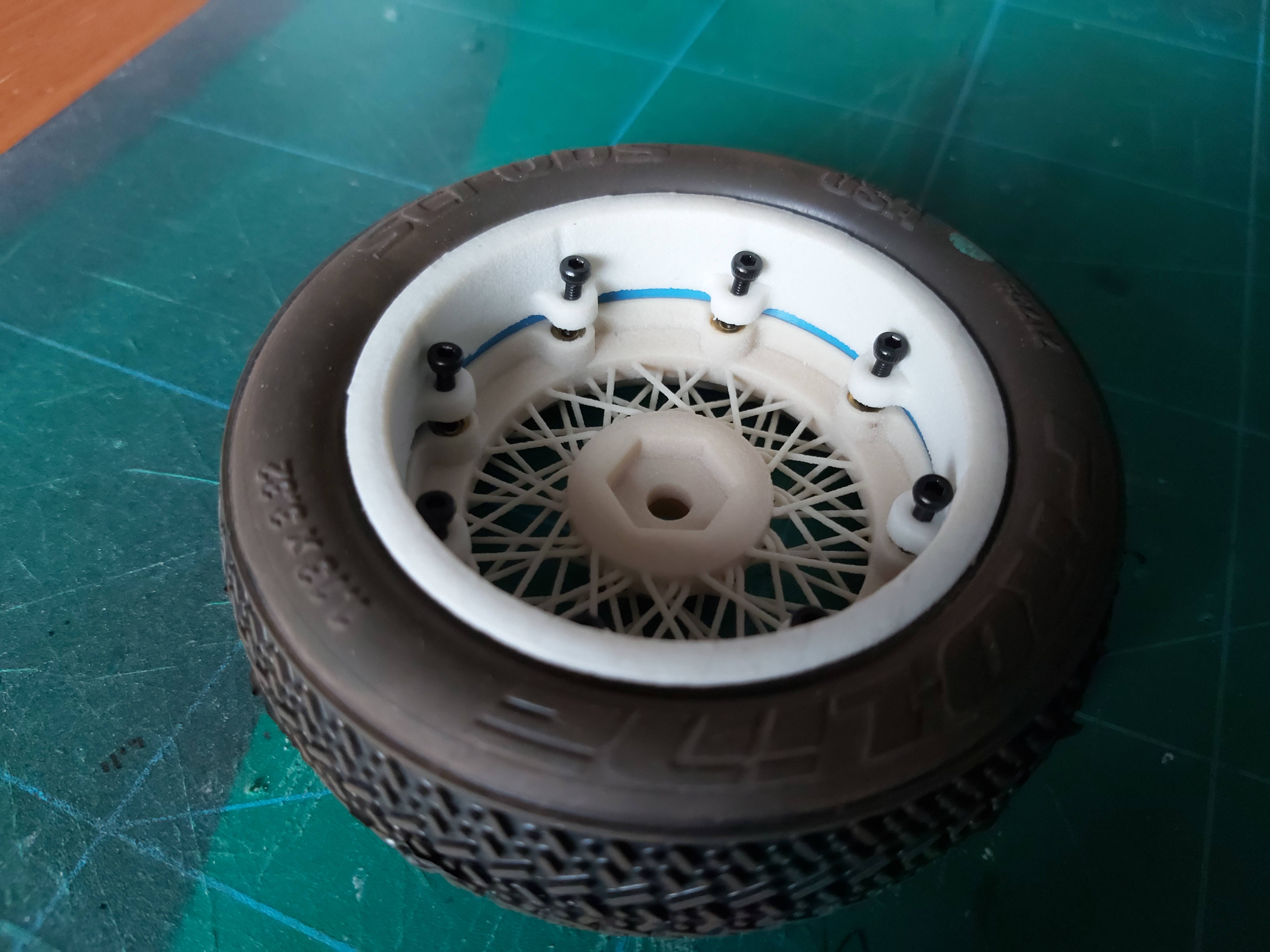 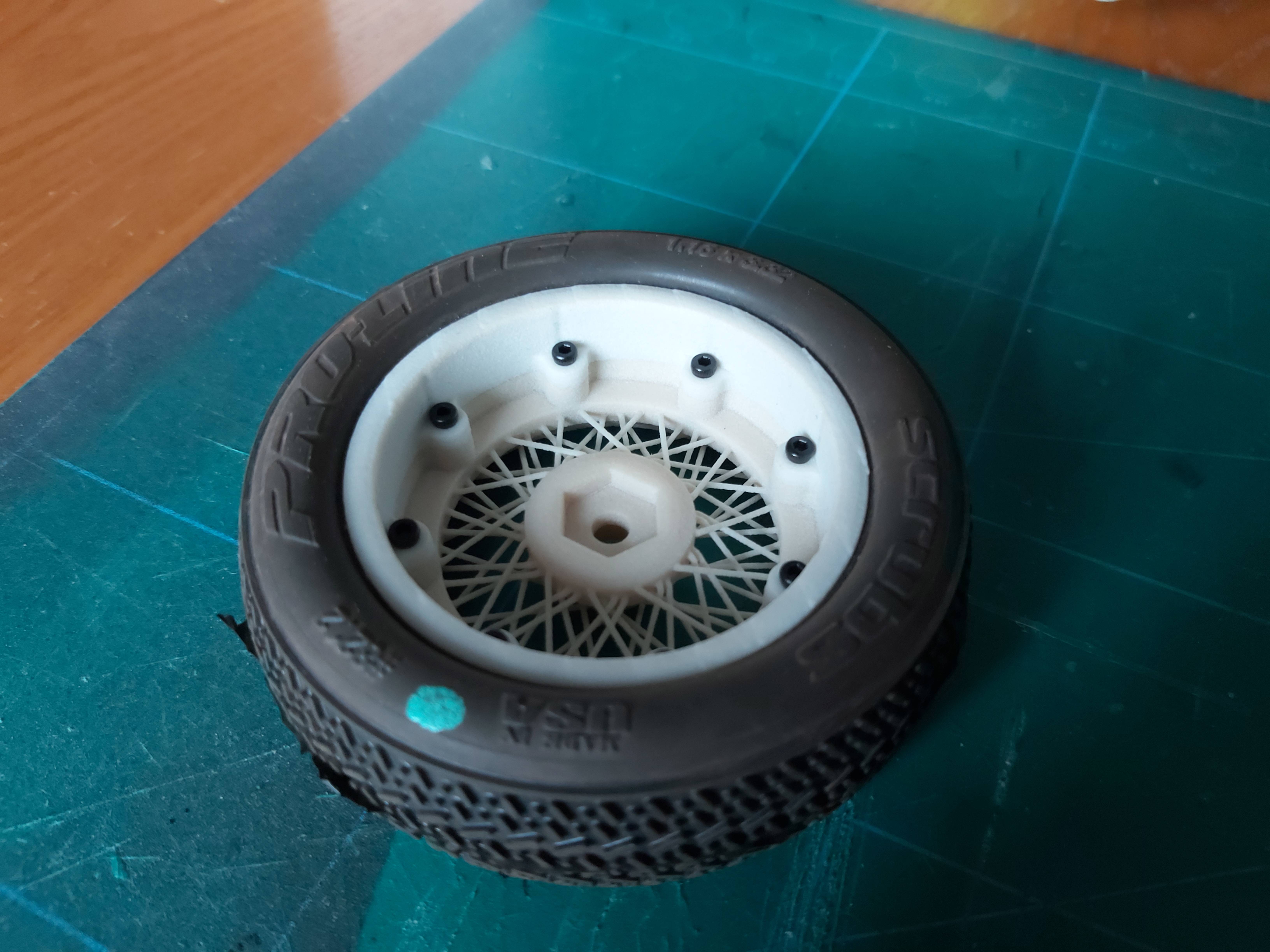 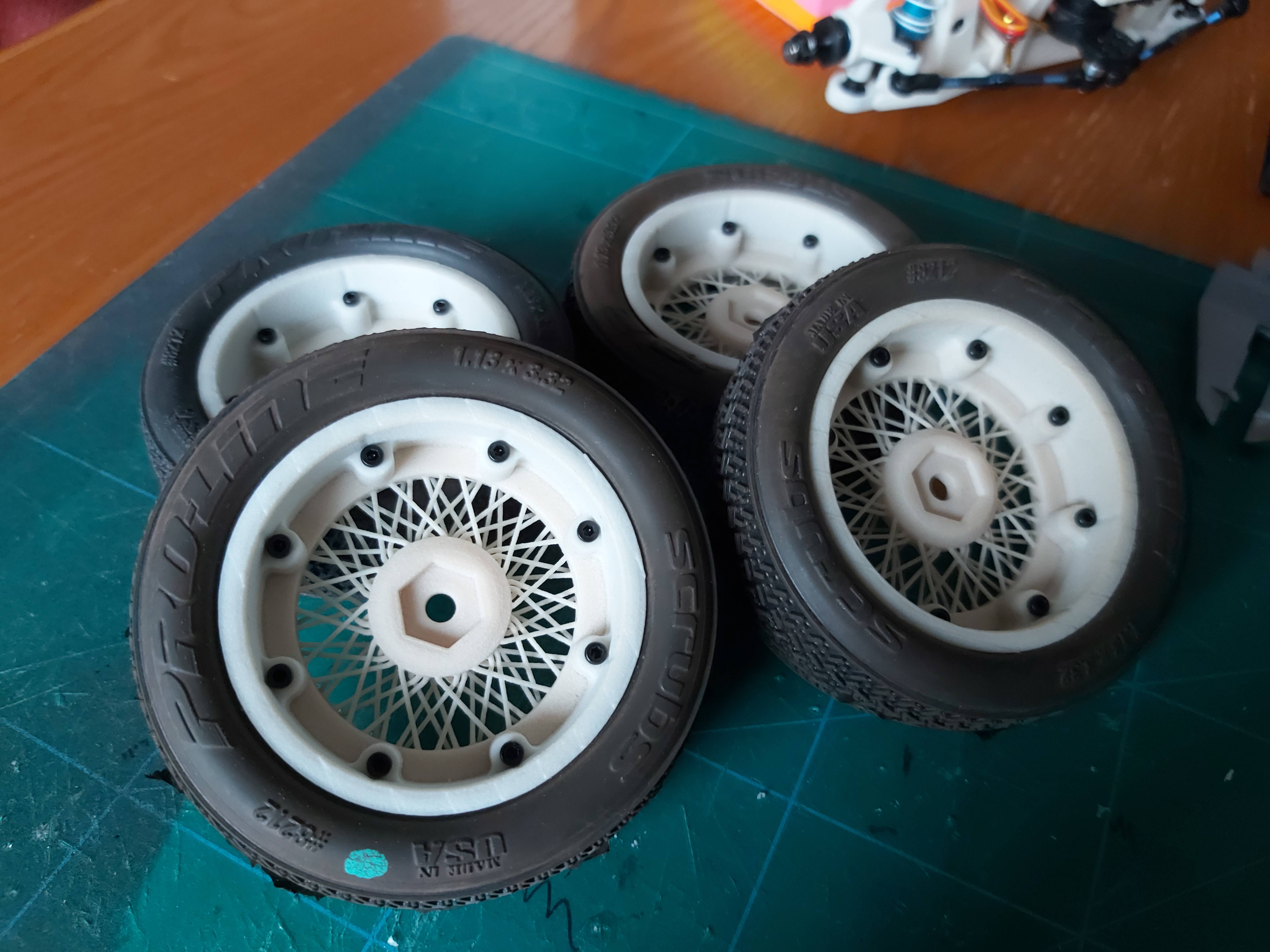 Wheels done. Except I only have one inner ring. Need to print more.
L

Such a clean work. Have to look at those inserts. I'm using helicoils on my printed parts

That is just straight up classy! really beautiful work.
F

Hey, I just realized you forgot the valve stems!

The body. Needs "some" work and a tub of elbow grease. 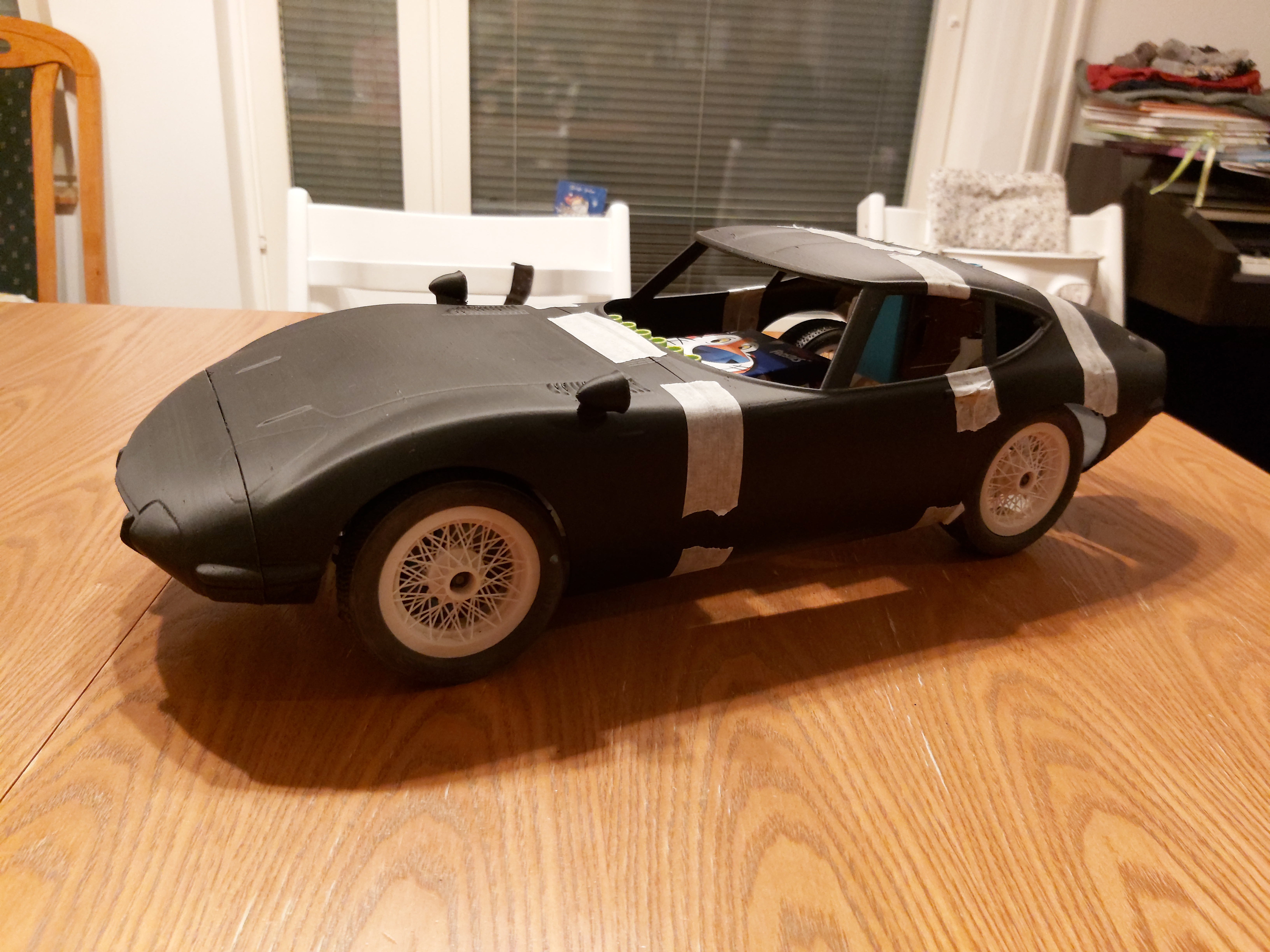 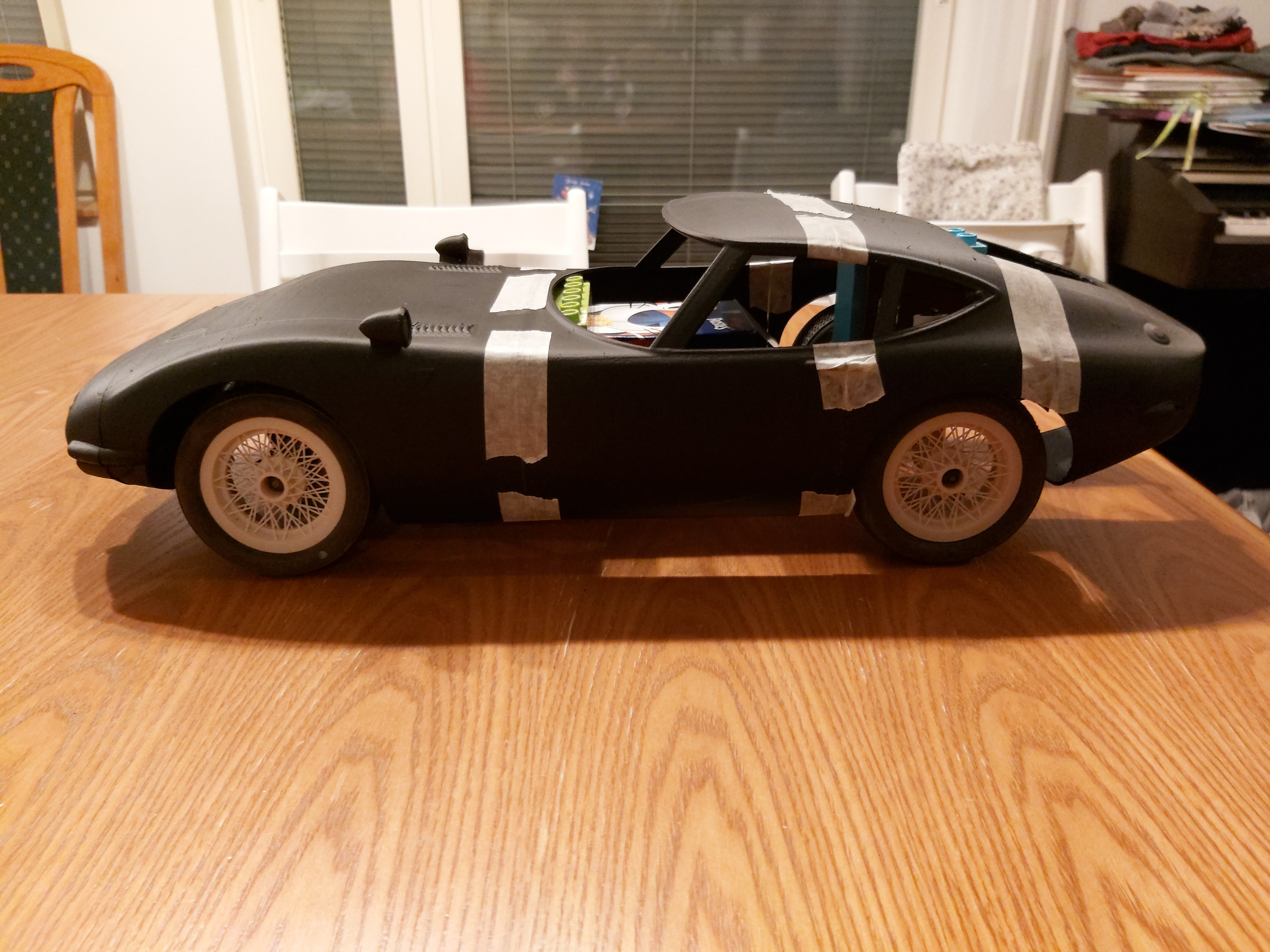 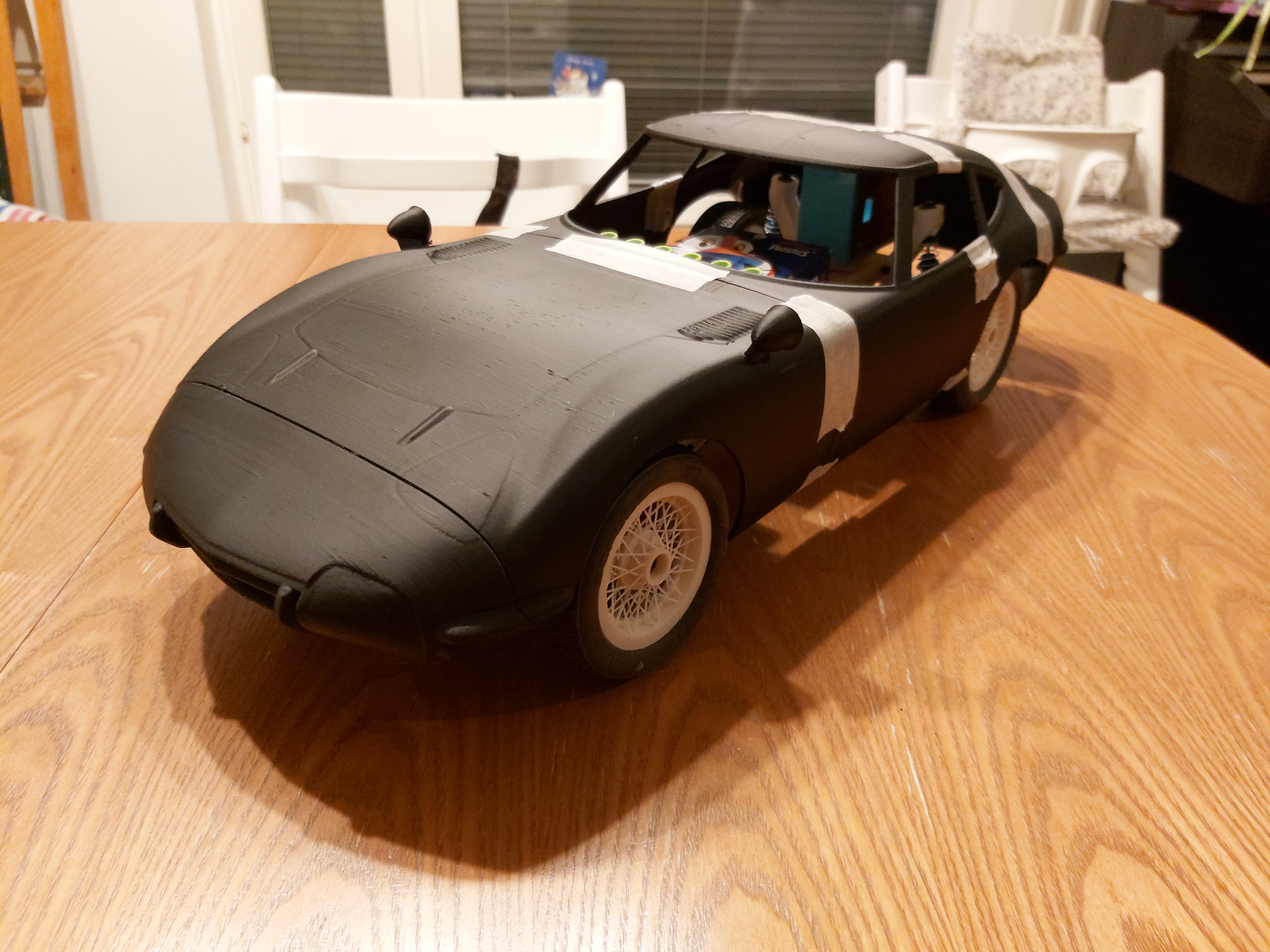 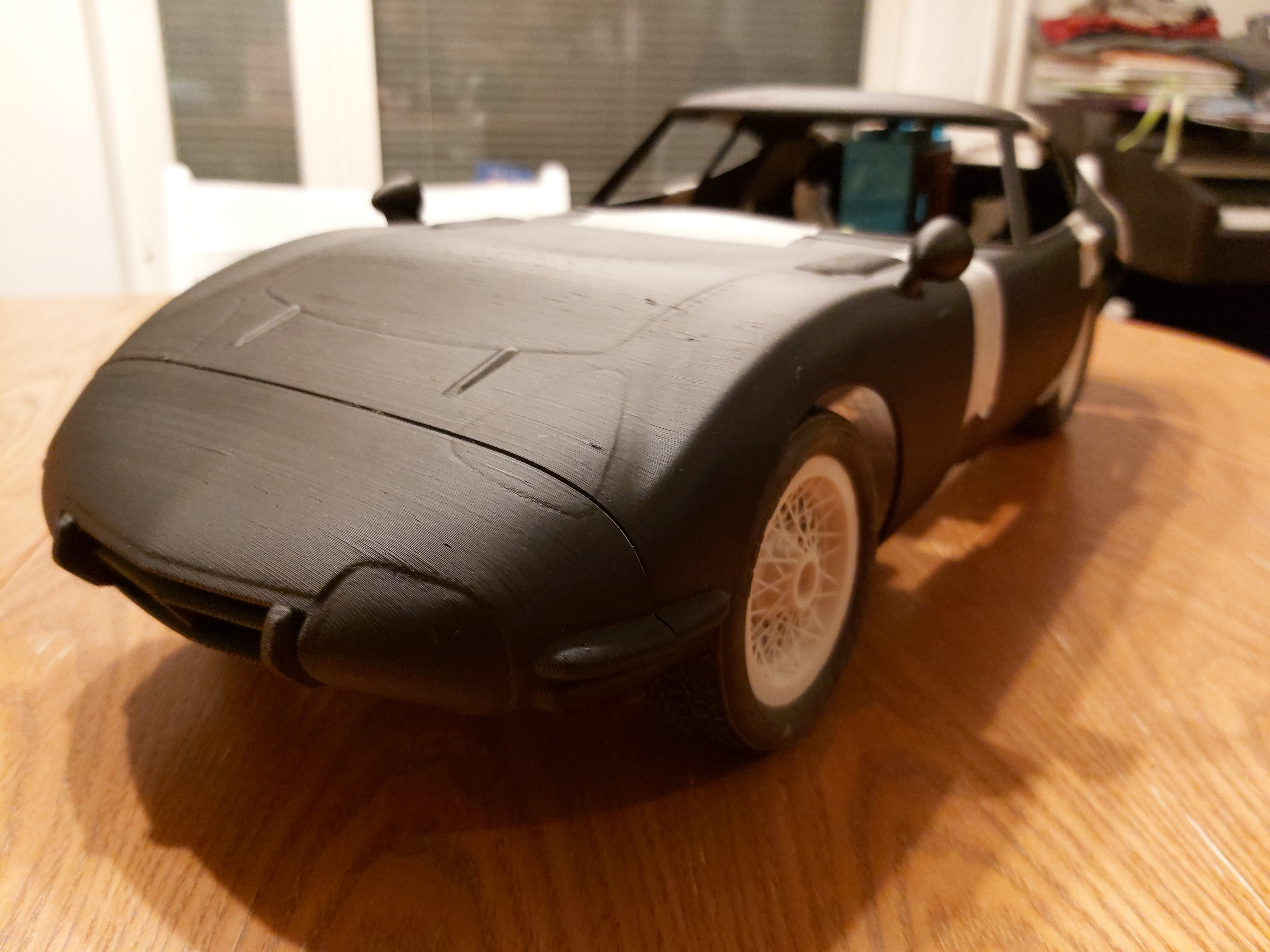 that car body is pure sex

When she's finished up she's gonna be museum quality for sure.

BOOM! Got myself a SLS printed nylon body. Paid half the price Shapeways would have charged so it only cost my arm. Leg saved and the other arm will be used for sanding and polishing. 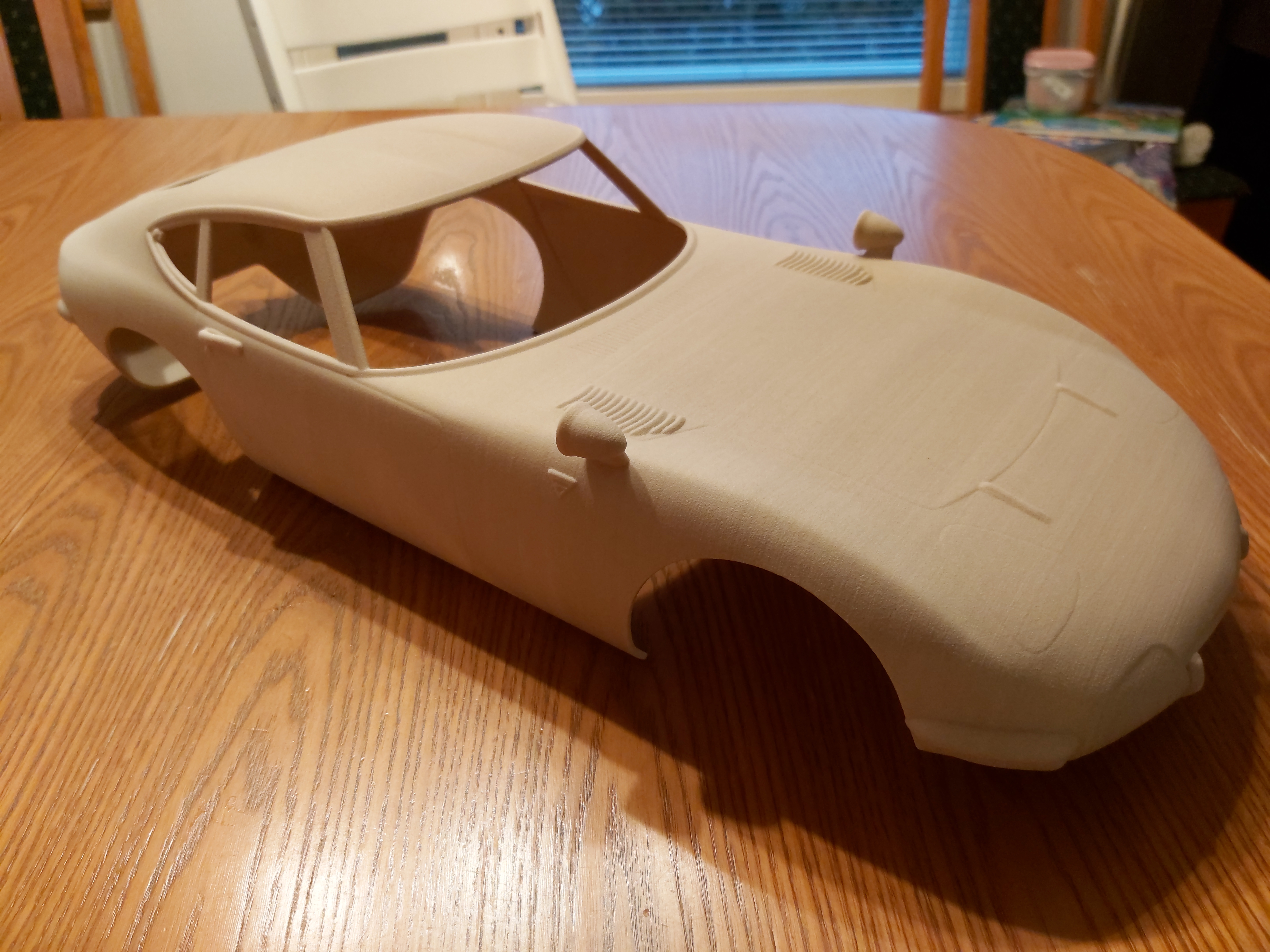 My grandma used to say:

"It is called Shapeways, not Cheapways" :)

I think you should give a leg instead. You have a arm to sand the body but how do you will hold it?